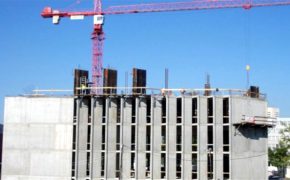 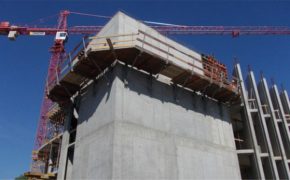 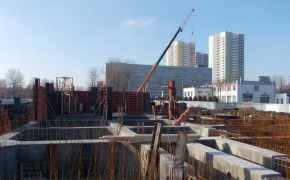 Right by the Rawa river on the university campus in Katowice, CNTI building was built, which took about 7.8 thousand m² on five floors filled with electronics.
The center was built in intelligent building standard, which means that it has an integrated BMS control system, facilitating its maintenance.
What’s more, the project involves the use of multiple green technologies. With heat pumps building use its own temperature to heat utility water. The rooftop have solar systems and stored rainwater serve among others in toilets and for watering greenery, level -1 in provide the possibility to charge electric vehicles. The entire reinforced concrete works were performed with the help of Logo wall formwork, which proved itself with complex shapes of reinforced concrete.
Other systems: Raster, PAL-20, PAL-SO, KBK and the ID 15.