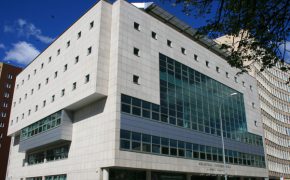 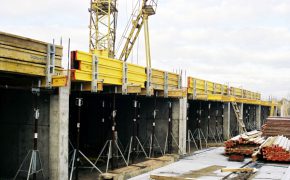 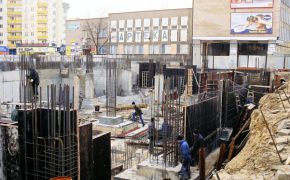 Library building was another university project. After the modernisation of several departments in 2005 the students finally saw the representative treasury of knowledge. The library currently contains collections of seven of his faculties. The new library building has seven floors, including one underground. At the sixth floor it was connected to the existing main building of the university at 14 Skłodowska-Curie Street. Building volume is, according to the project, 34 802 m³, while the usable area – 8.324 m². It was envisaged that the warehouses accommodate 860 000 volumes, and readers have access to 327 seats in the reading rooms and individual rooms. Open store accommodate over 100 000 volumes arranged by subjects, it also provides 110 places for readers.The building was constructed using Raster systems for light assembly and climbing platforms KBK.