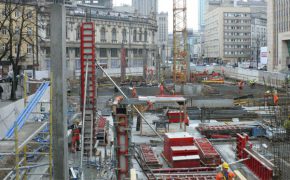 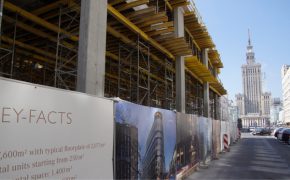 Astoria is a complex office and retail building in the city center. Total surface of the object consisting of ten floors above ground and two underground will reach 28,000 m².
Astoria is another object of so-called green building, which is served by Palisander formwork.
General Contractor of Astoria office building is STRABAG.
Mammut system which is used for the construction of the building is equipped with a plastics facing Alkus that meets the requirements of ecologic certification LEED. This solution worked in the construction of underground walls. Additionally timber-beam slab system PAL 20, shoring towers ID-15 and curvilinear formwork Trapez were used.